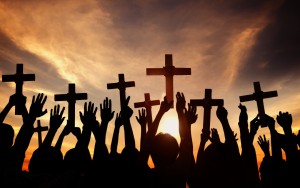 The secular world holds many opinions about the culture of the Christian church, many of which are negative, but there are a number of things that the secular world acknowledges that the Christian church does very well. Among these strengths are community building, organization and diversity. Not all of these things may initially seem like strengths of the church to members of secular society, but a closer inspection of Christian culture reveals that they are present and highly developed.

Firstly, it is undeniable to mainstream culture that the church has a long history of establishing strong community. As far as organizations go, the Christian church is a model for getting people together in one place to connect with one another. They establish and cater to every level of human connection and relationship, offering groups for married couples, singles, teenagers and children. They bring all of these groups together for sermons or parts of sermons, as well as for gatherings like potlucks. It is for this reason that the church is known to effectively come together to ease grief, end addiction and problem solve together.

And lastly, some of mainstream culture recognizes that, despite the Christian church’s unpopular views on gay marriage and abortion, diversity does exist within the church and Christians deserve respect as individuals instead of as a stereotype. Any group of people that contains hundreds of millions of members is bound to have diversity within it. Christians are free to identify themselves as Christians and be liberal or conservative, gay or straight, from any ethnicity and from any social class. 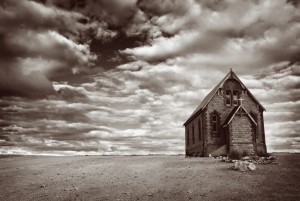 The Christian church does not operate in the same way as secular society in many ways, giving it a decidedly unique culture. Unfortunately, many aspects of Christian culture serve as a source of resentment for the secular world. Christianity is not a popular culture in the current climate of the Western World because it is so strongly tied to the unethical parts of its history and present. Some dislike of Christian culture is blatantly discriminatory, but many criticisms are fair and worthy of attention from members of Christian society.

One major complaint of the secular world about the Christian world is its pattern of hypocrisy. The claim is that Christians preach love, forgiveness and selflessness, but engage in hateful attitudes toward certain groups, judge and retaliate against those who wrong them and put themselves before others when it comes to security and comfort. Sadly, these negative practices do exist within Christian culture. Approximately 75-percent of people living in the United States identify themselves as Christian. Any culture with that many millions of people belonging to it is going to have an incredible range of diversity within it. Just like any other widespread culture, Christianity contains ethical members, who love, forgive and put others first, and unethical members, who hate, punish and put themselves before other.

Another dislike of mainstream culture about Christian culture is how it has been historically tied to imperialism and colonialism. Ever since the dawn of the Christian church, the practice of Christianity and the presence of Christian culture has largely been found in white, Anglo-Saxon regions. These regions also became world powers in the same time, and fought for global take over, as world powers have done throughout human history. The birth of Christianity has always been connected to global take over.